Dakar 2019 – Everything you need to know about Hino Team Sugawara

The most gruelling race in the world is kicking off on Monday 7th January 2019 and will this year be set in Peru covering 5,598 kms, with 70% of the course in desert conditions.

With 334 bikes, cars, trucks, quads and UTVs all racing to win their division, 10 stages across 11 gruelling days of racing, with stages 4 & 5 designed to be Marathon style it’s once again designed to be one of the toughest races in the world. Hino Motors, Ltd. has once again teamed up with Team Sugawara - led by the father-and-son driving duo, Yoshimasa Sugawara (who has a Dakar Rally-record 35 consecutive entries under his belt), and his son Teruhito Sugawara - to enter two Hino 500 Series trucks in the Dakar Rally. The team is also made up of expert Hino employee mechanics, and a crew of the best mechanics chosen from Hino dealerships around Japan. Hino Team Sugawara has the aim of winning their 10th straight championship in the Under 10-litre Class, and finishing at 5th place or above overall in the Trucks category. Hino Dakar Rally trucks are developed based on the Hino 500 Series truck, our medium-duty truck model that serves small and large businesses worldwide. The team affectionately uses the term "Little Monsters" for the trucks, due to the intense competition that they put up against their larger rival trucks that are powered by larger-displacement engines, along with their durability and strength. The Hino team has built a brand new 2019 truck for driver Teruhito Sugawara, with upgrades such as greater maximum engine output (up from 700ps to 750ps), a more rigid frame, longer wheelbase, and a new cab suspension for reducing lateral cab shaking and vibrations, the team has been able to dramatically improve the truck’s stability and vibration absorption performance at high speeds (We will give more information about the trucks once the race commences). 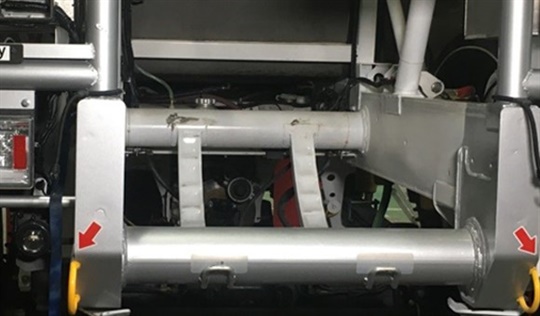 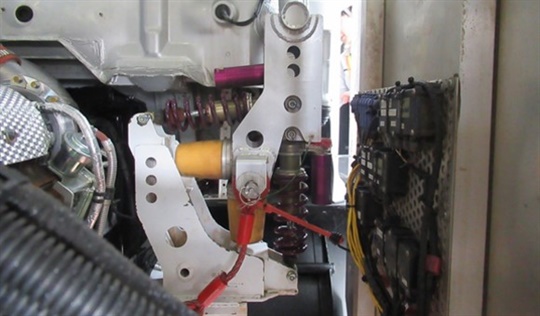 To reduce lateral vibrations, the cab is now fitted with a spring and damping system on the rear side of the cab suspension to directly support lateral movements. The mechanism also comes with a function for varying its damping force. Whereas the 2018 truck's cab suspension was primarily designed for supporting the cab in the vertical direction, the new mechanism for the 2019 truck features fully independent vertical and lateral support. This setup dramatically reduces lateral shaking and vibration that are caused by body rolls.

Yoshimasa Sugawara, driver of Car 1, will be racing in the same truck that he drove in the previous event. The team has refreshed the trucks chassis and fitted it with an improved multi-leaf spring suspension - a reliable type of suspension that Hino has consistently used since its first entry in the Dakar Rally - to build a truck that will respond even better to the driver's intent. 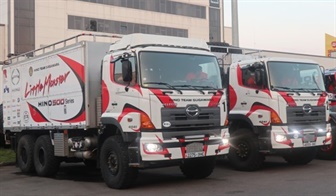 We can’t forget about the great trucks that support the team on a daily basis. Along for the ride is two Hino 700 Series ZS heavy-duty trucks -  Hino's pride - that shoulder the bulk of the work in transporting essential spare parts and mechanics during the rally.

We will be reporting on the Dakar throughout the race, updating you on the race and how Hino Team Sugawara is doing.

So, why is Hino so keen on taking on the challenge of this race, considered to be the most tortuous race in the world? The answer to this question can be found in Hino's passion for technological innovation.

Trucks form the foundation of logistics operations. Technologies that enable environmental compliance in the form of reduced emissions, fuel economy, powerful driving performance, and safety - all crucial elements of trucks - are required to become more sophisticated every day. The vision we see beyond the goal line is the image of Hino taking on the next challenge to achieve technological innovation.